Sometimes you meet people that show you new ways of viewing your own world, of discovering the treasures in front of you. Ways of seeing the spaces around you with different eyes, discovering the gold hidden in plain view. 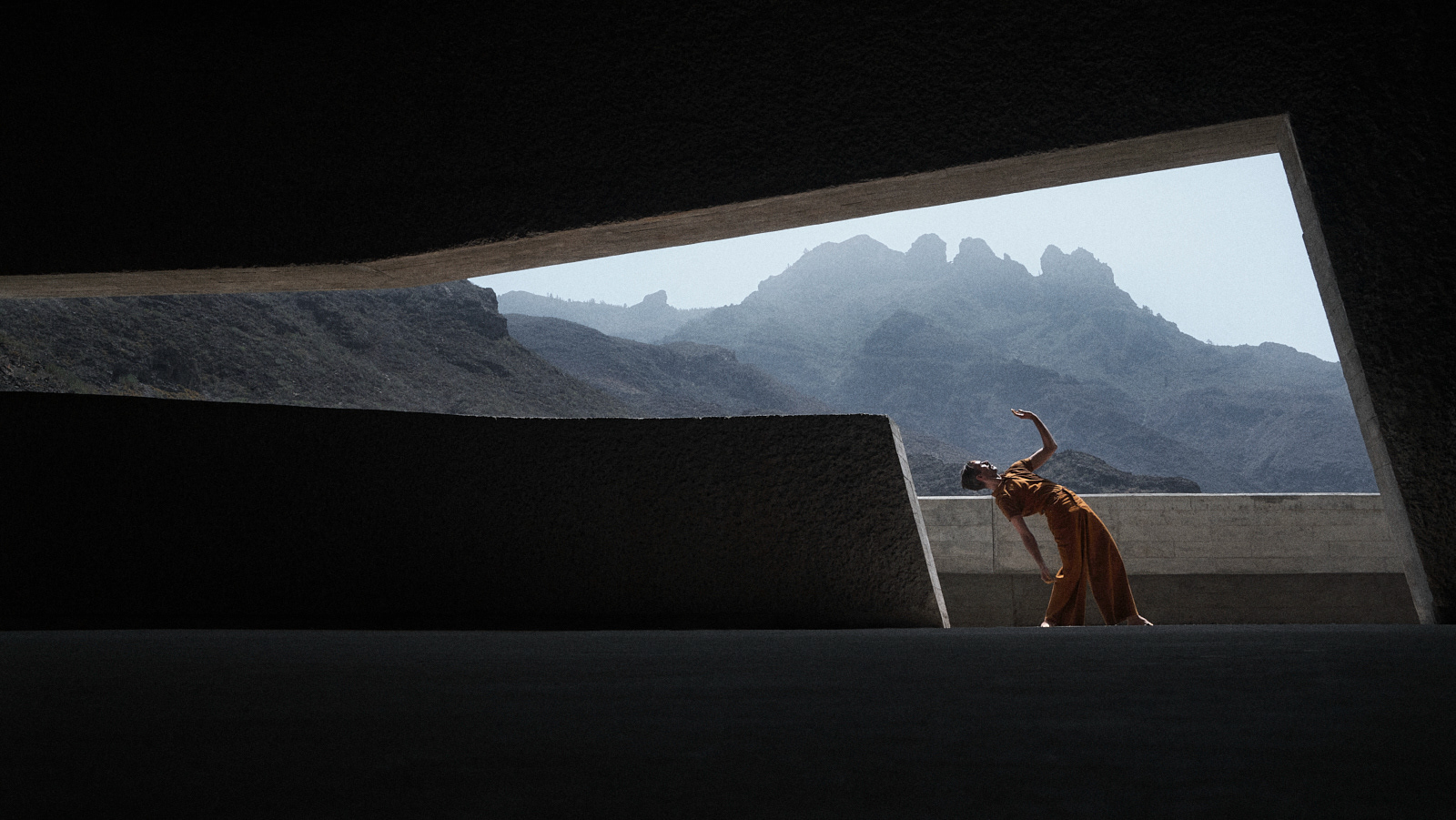 If it's the geometry, the light or the soul what captures when contemplating "Schwanengesang", only @derek_pedros, its creator, or maybe Javier Arozena, the dancer flowing between the lines, knows. 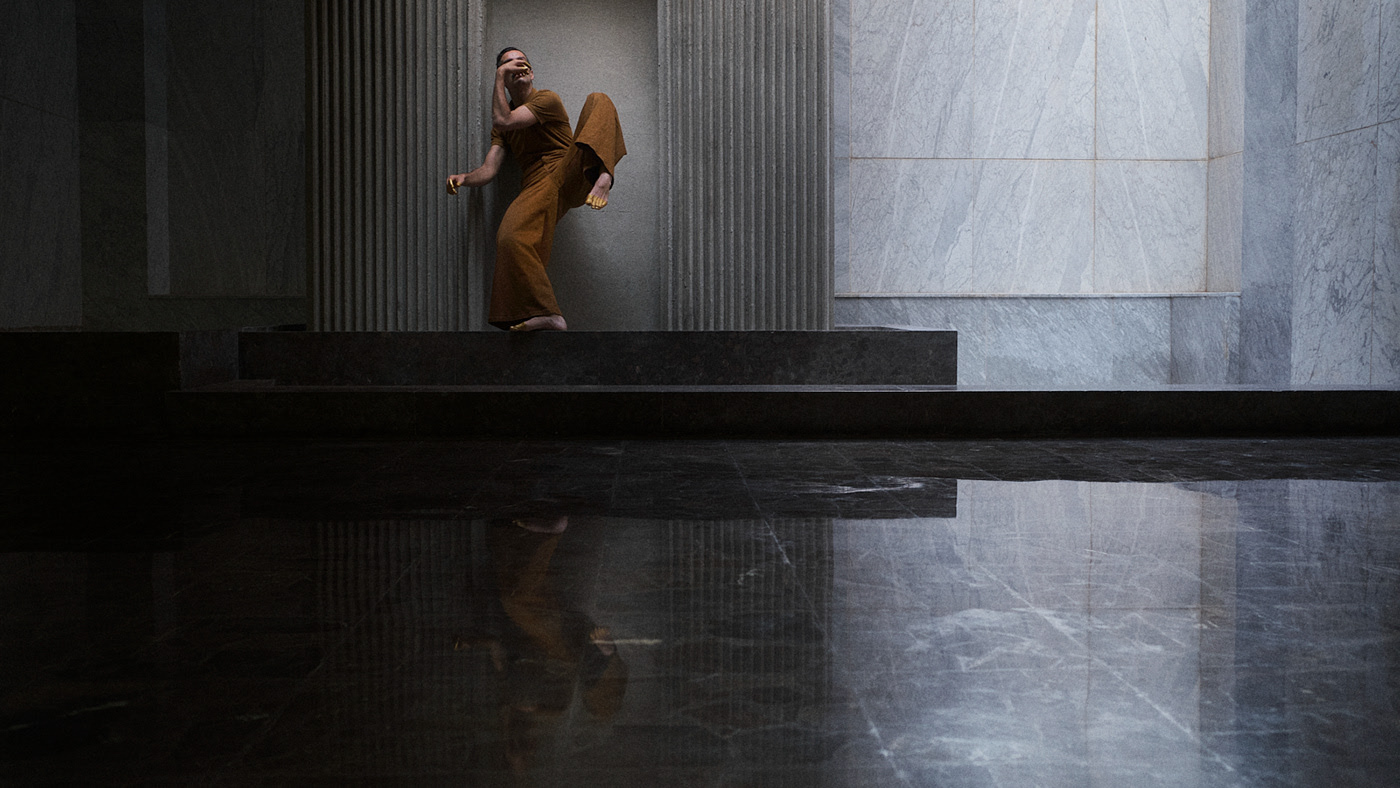 The textures of natural tapestries integrate with the artificial ones in a dance of smooth gradients. The barren concrete and the organic, handcrafted marble emerge in the mountain like another singular cave. And in there, a human sprout blooms to dance. 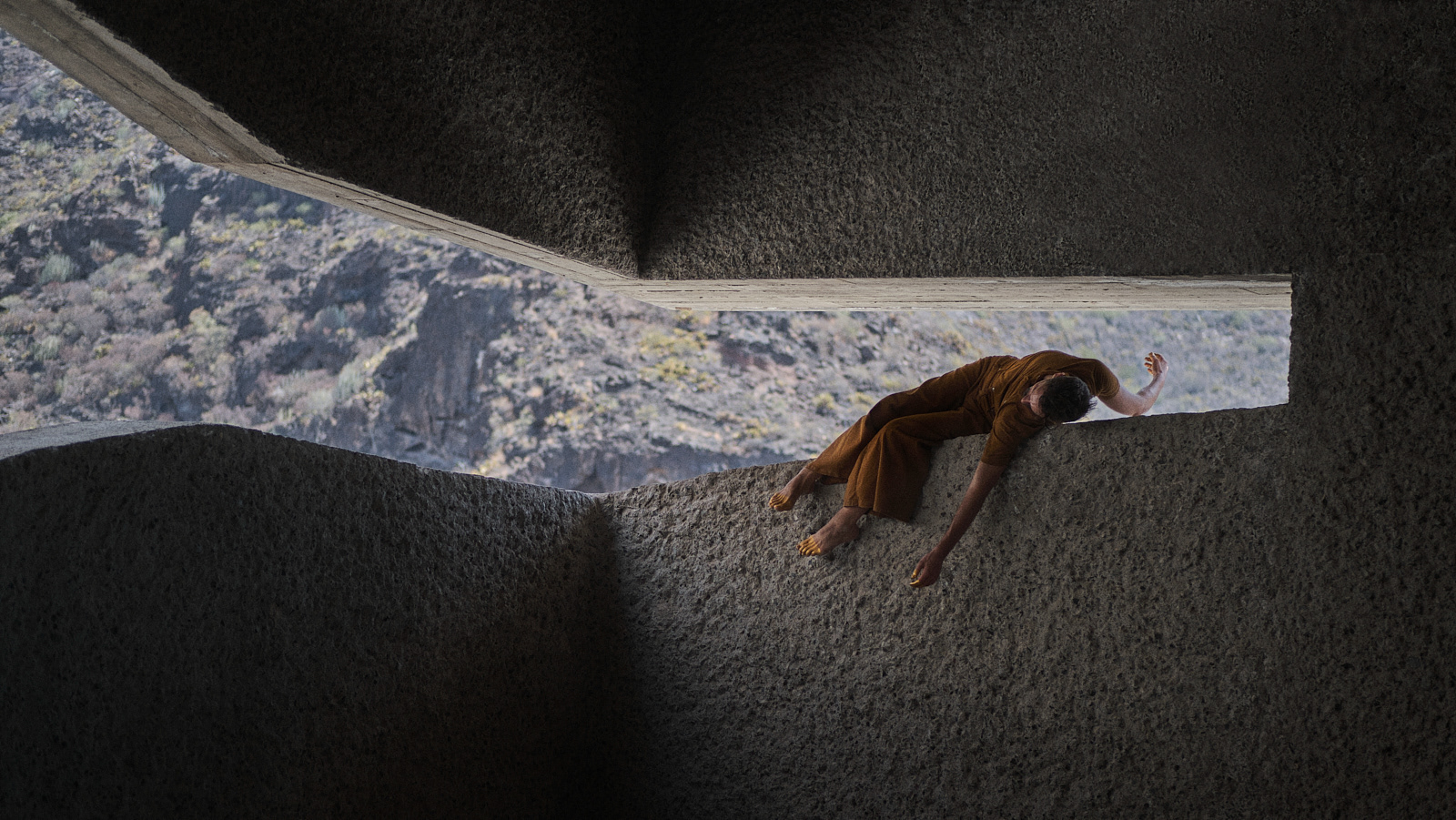 @derek_pedros intentionally mixes up sterility with fertility, the artificial and repetitive with the organic and carnal, the ideal pattern of the manufactured materials with the passionate flow of the living flesh. 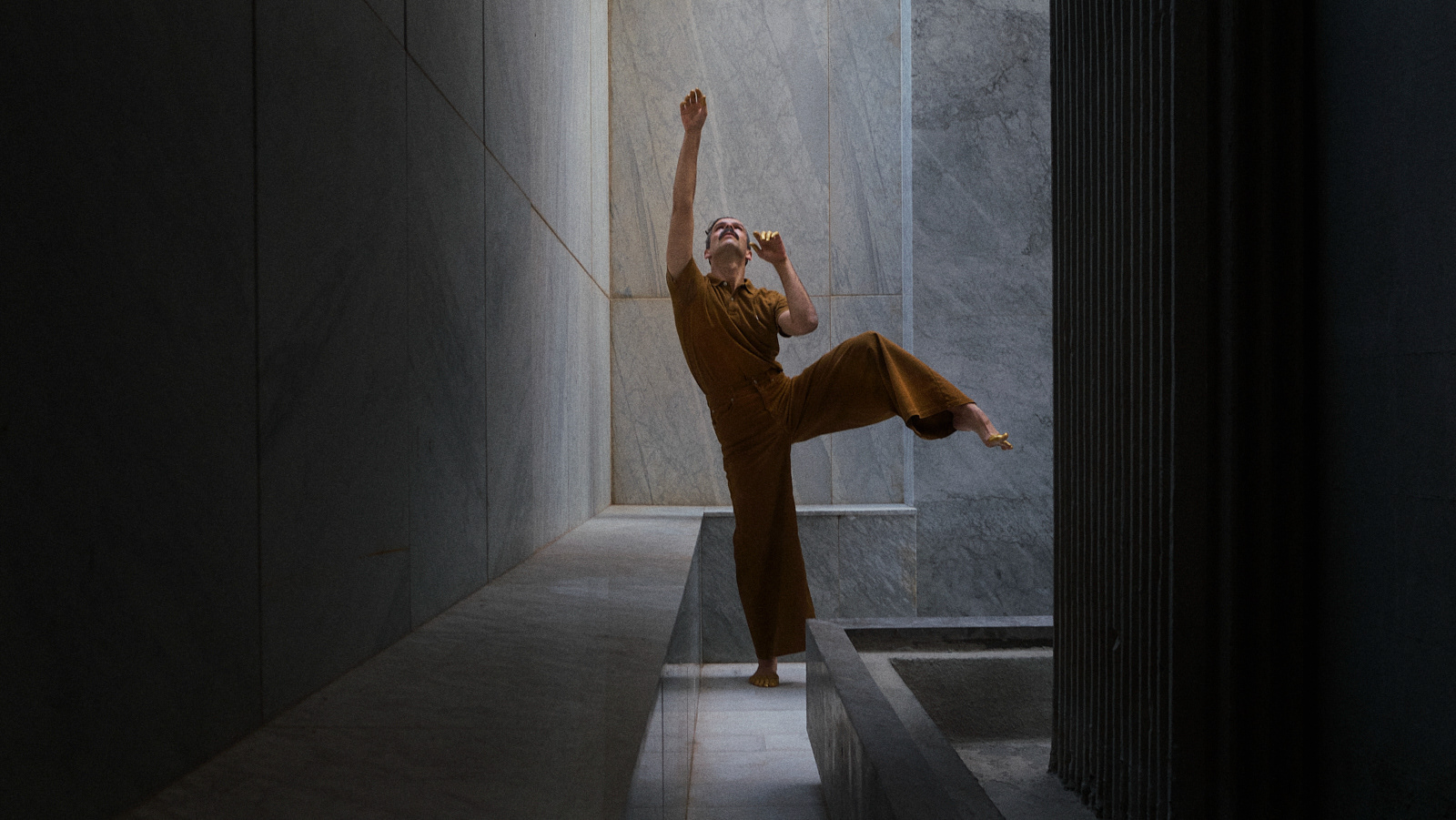 The framing, camera position and element distribution are key elements in the technical area of Derek's work. Precise angles and firm lines invoke order and precision, sometimes visually dividing, but always bringing meaning to the interpretation. 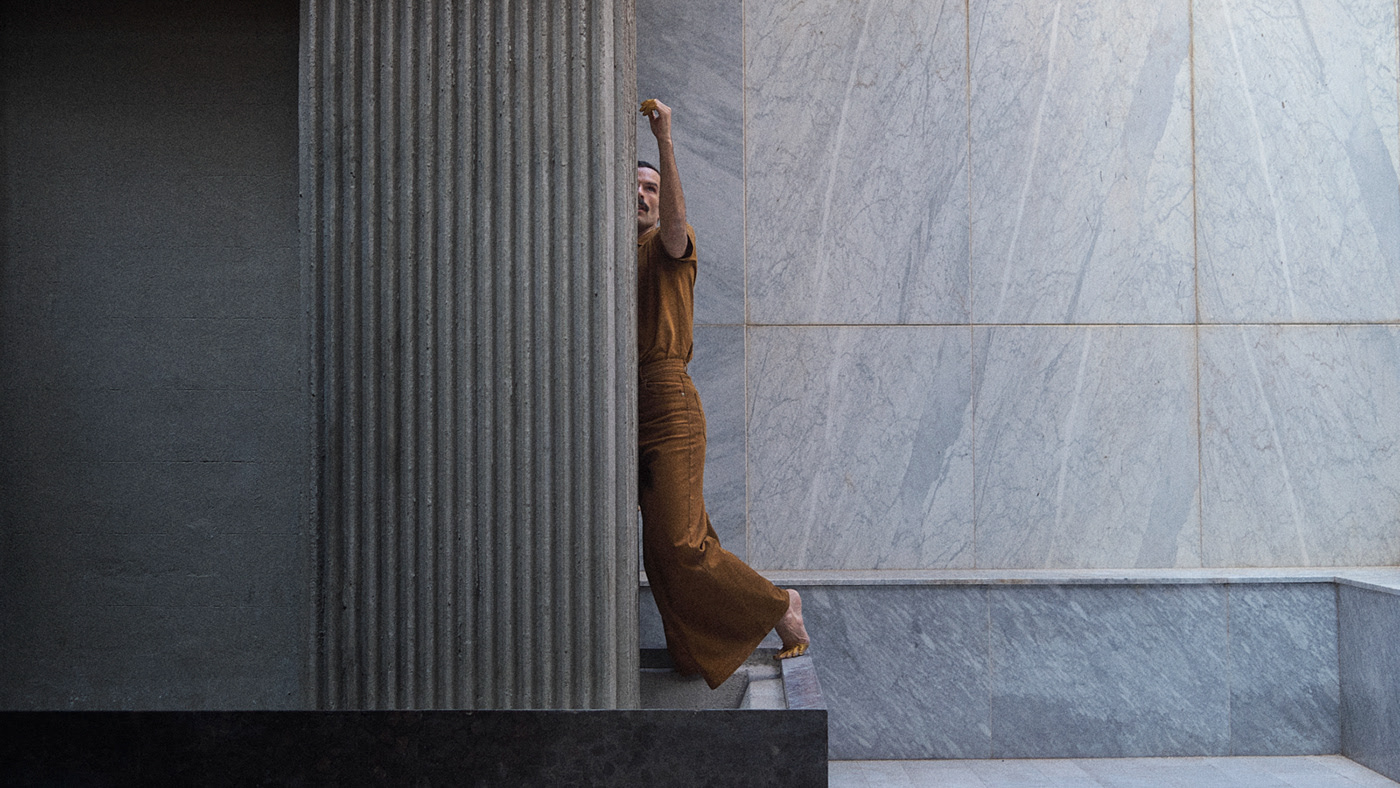 Inside this labyrinth of concrete and light, a dancer appears, Javier Arozena, who is the result -maybe the reason to be- of this natural nest. The tips of his fingers were his roots, the remains of a previous state. His malleable, restless and passional body doesn't fit in the angles nor he understands about geometry. Yet, he feels comfortable and agrees to be portrayed. 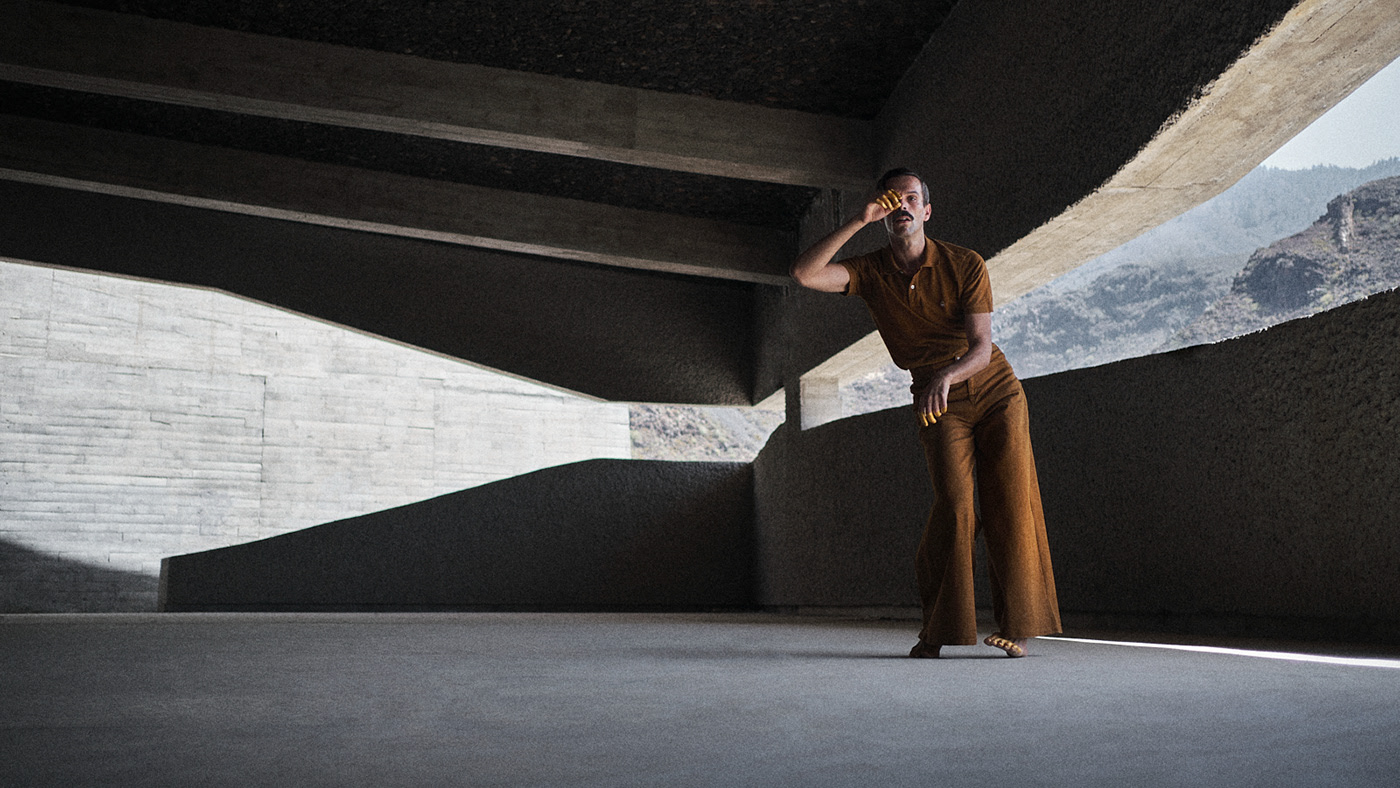 The body, or more precisely the movement, are meaningful in a spatial context. Be it natural or artificial.

There's no movement without the influence of the space we inhabit, either when dancing or walking. For a long time I focused on nature as a context and as a source of inspiration to explain that movement.

With the passage of time, architecture and urban planning have filled my curiosity when discovering how inspiration can come from artificial spaces, as well as understanding the relationship between the body and its movement along a confined space, a space that's designed with aesthetic and/or practical purposes.

I't s an investigative process I've been just recently started, and I have a long way ahead. 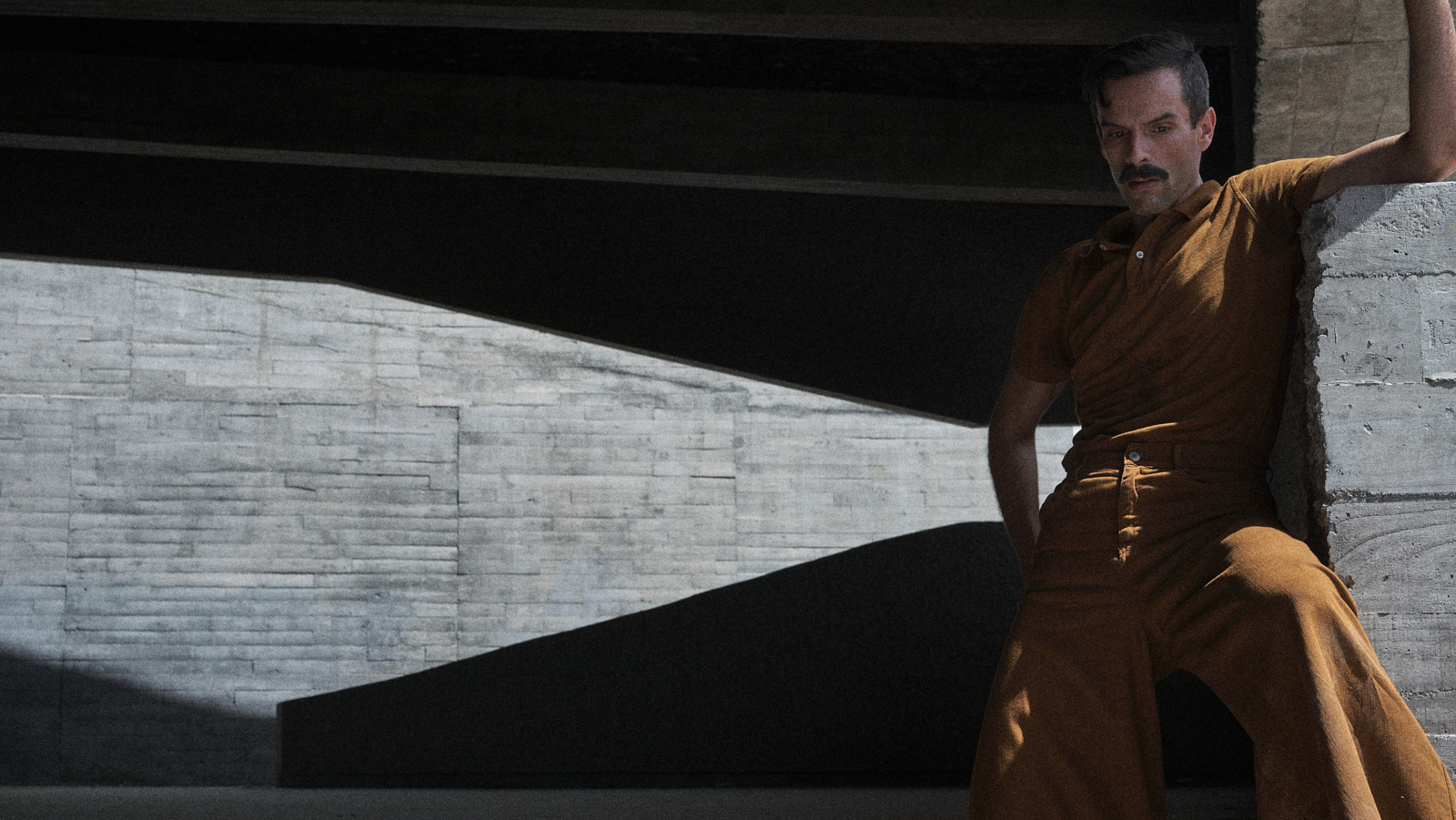 I believe that in projects like this you must let loose, forget about ego, sit down to talk and know how to listen. These are projects where the true gold is not the result, but the learning.

You need to understand the creative and personal reasons behind in order to create a powerful dance piece like Schwanengesang.

We can build together from there, two parallel views working to enhance the process, and therefore the result. It's not as much as directing a dancer, but appreciating, respecting and understanding him in order to bring your visual imaginary to new unexplored paths.

[…] Since I came back to Spain, I've been picking up with the dancers in my island, Javier amongst them, to keep on creating and investigating.

We worked on his piece “​Zeitgeist”​ for TEA Tenerife, on which I got to know him more, discover about his training and passion for architecture, as well as meeting his partner and creative consultant ​Gino Senesi​ (who is also an architect and one of the most passionate about his art I've ever met) who has collaborated in all the projects we've created.

They opened my eyes towards architecture, helped me rebuild my vision even on spaces I even considered mine, and have induced on me the passion and the curiosity which are now the focus of my work with the movement. 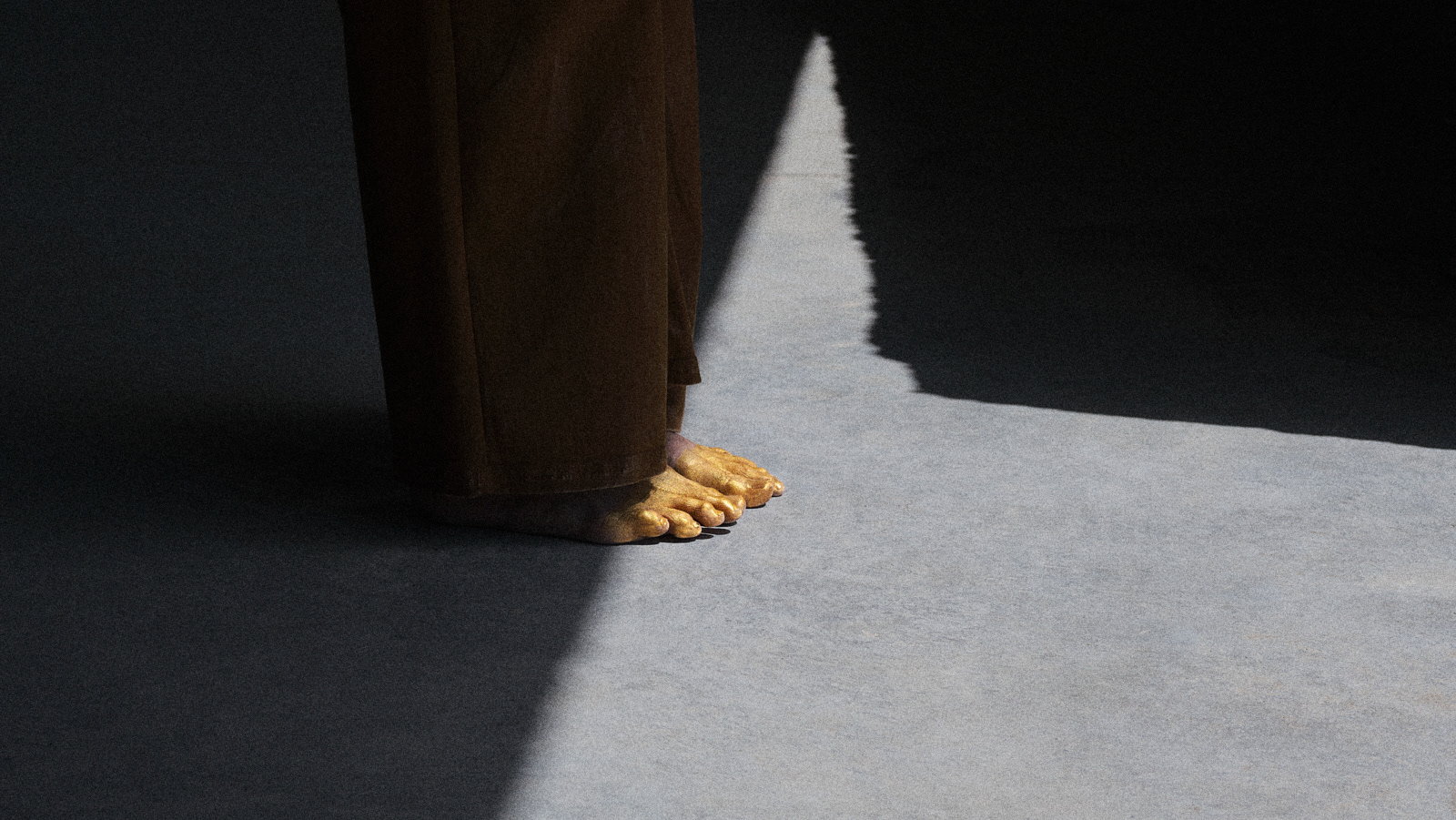 For this project, instead of creating something from scratch, we decided to work with the powerful piece that is Schwanengesang. We wanted to place it in architectural spaces where the body could elevate the architecture, not the other way.

This piece, along with the work from Javier, is a piece of beauty at a compositional level, since it allows the organic integration of the body and the movement in the space, creating relationships between shapes and directions with a surprising and elegant subtlety.

The clothing styling and make-up was at the core of the piece and my interest for it, so we re-used it on its original form.

We worked in two locations in the Tenerife island Gino and Javier were obsessed with: The "Museo del arte sacro" museum in Adeje, by the architect Fernando Menis, and the "Los patios" building in the Santa Cruz de Tenerife city center.

Schwanengesang is an art piece by Javier Arozena. Follow Derek Pedros's work from his Litmind profile: